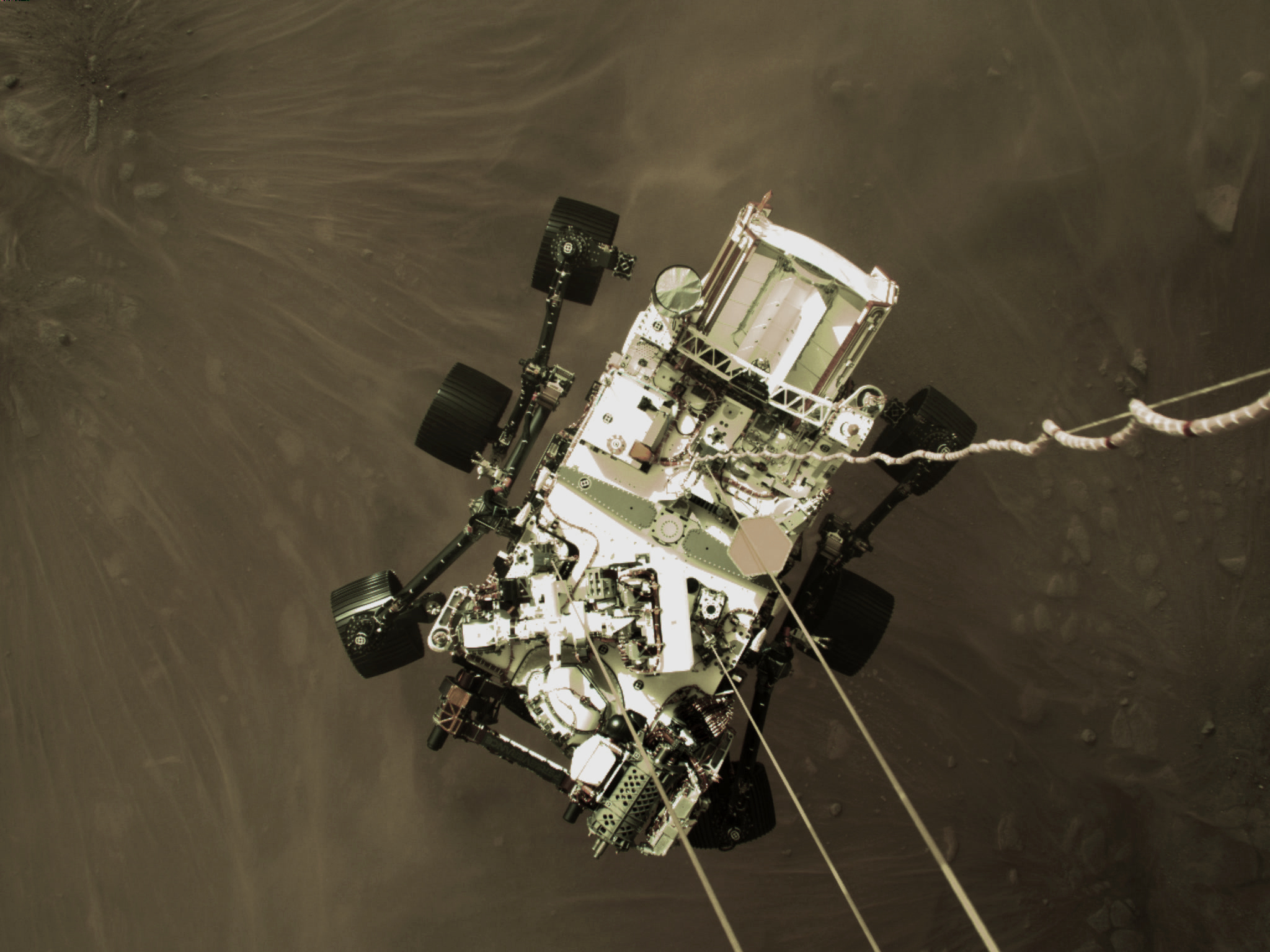 Perseverance: How to Land on Mars

Slung beneath its rocket powered descent stage Perseverance hangs only a few meters above the martian surface, captured here moments before its February 18 touchdown on the Red Planet. The breath-taking view followed an intense seven minute trip from the top of the martian atmosphere. Part of a high resolution video, the picture was taken from the descent stage itself during the final skycrane landing maneuver. Three taut mechanical cables about 7 meters long are visible lowering Perseverance, along with an electrical umbilical connection feeding signals (like this image), to a computer on board the car-sized rover. Below Perseverance streamers of martian dust are kicked-up from the surface by the descent rocket engines. Immediately after touchdown, the cables were released allowing the descent stage to fly to a safe distance before exhausting its fuel as planned.

Perseverance: How to Land on Mars