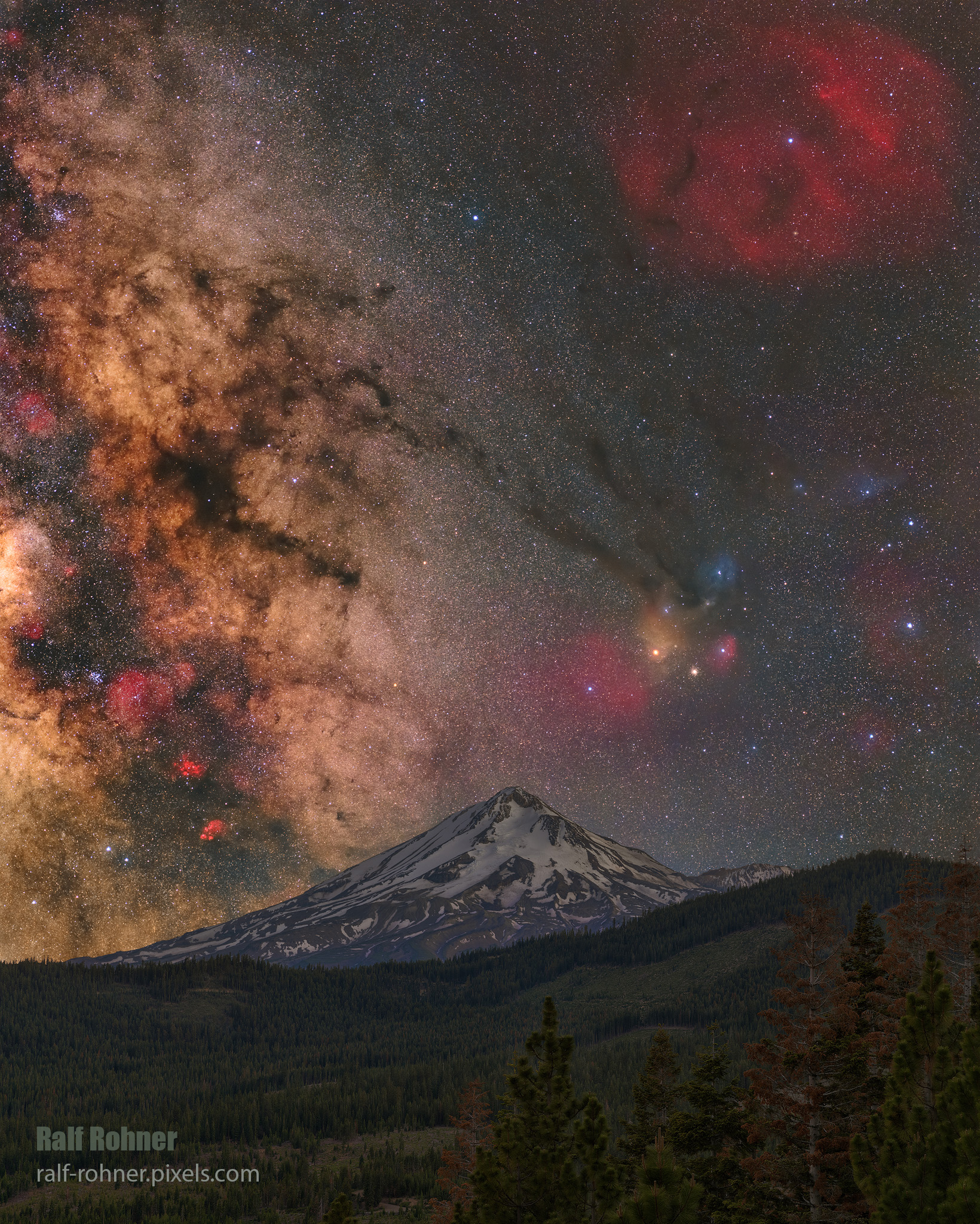 A Furious Sky over Mount Shasta

Is the sky angry with Mount Shasta? According to some ancient legends, the spirits of above and below worlds fight there, sometimes quite actively during eruptions of this enormous volcano in California, USA. Such drama can well be imagined in this deep sky image taken in late June. Evident above the snow-covered peak is the central band of our Milky Way Galaxy, on the left, and a picturesque sky toward the modern constellations of Scorpius and Ophiuchus, above and to the right. The bright orange star Antares and the colorful rho Ophiuchi cloud complex are visible just to the right of Mount Shasta, while the red emission nebula surrounding the star zeta Ophiuchi appears on the top right. The static earth image in the featured composite was taken during the blue hour, while a two-panel panorama tracking the background sky was taken later that night with the same camera and from the same location. Within a few million years, Antares, some stars in the rho Ophiuchi system, and zeta Ophiuchi will all likely explode as supernovas.

A Furious Sky over Mount Shasta